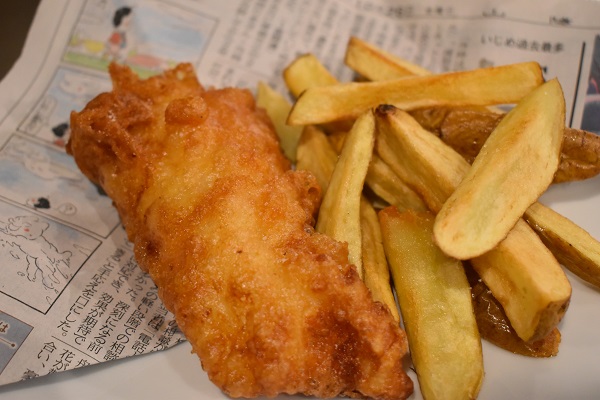 On Friday 2nd and Sat 3rd November 2018, tabibito-shokudo hosted our first ever event! Our first location was at Borsalino, a pizza restaurant located in Kuse, close to the station, which opens at lunch for delicious pizza and pasta, the ovens for which are fueled by envionmentally-friendly biomass pellets.

With three British citizens – Maniwa’s CIR Laura, Hannah who was travelling through Japan on a 3 month visa, and Neha, living and working at Terasu Share House – as well as the head of tabibito-shokudo, Yoonsoo who lived in the UK for a few years too, it was only natural that we chose to host British Week.

And what could be more British than Fish & Chips – a true British staple.
We chose to go with the time-honoured traditional of battering our chips in beer – although we used Japanese Asahi as finding British beer on relatively short notice for a reasonable price was a little difficult.

We also made Shortbread, a simple but delicious British biscuit as a desert, and offered it as a set with Yorkshire Tea, Laura’s favourite tea from back home. For other drinks, we wanted to offer British beer, or world-famous Guiness, but couldn’t get it last minute, so made do with more Asahi, alongside proper Gin & Tonics with cucumber, and a Lime and Lemongrass Cordial (squash, for any Brits reading this).

We’ve uploaded the recipes we use (in Japanese only) to Cookpad – you can find them here.

As it was our first ever event, and our first ever time making Fish & Chips (as back home in the UK cheap Fish & Chip shops are everywhere, negating the need to make them on your own), we decided to have a trial run on Thursday 1st, making Fish & Chips for close friends and family – around 12 people in total. We managed to get large-ish Cod fillets for a good price, staying true to British tradition, which was a relief, alongside potatoes, a lot of oil, flour and beer for the batter, alongside drinks.

Yoonsoo, Laura & Hannah (Neha was travelling in Tokyo and wouldn’t be back until Saturday) spent the afternoon prepping the food – from skinning and deboning the fish which took a good long while, to washing and cutting potatoes and baking the shortbread.

We invited friends and family, plus the owner of Borsalino over around 7pm, but underestimated the time it would take to make 10 portions of Fish & Chips to serve at the same time, which ended up taking a little over an hour. Hopefully we wouldn’t have such a big group come in during the following days, but we learned from our mistakes there and worked out a system which was more efficient as the evening went on.

Generally, the meal itself went well. The fish was nice and flakey, the portion sizes a little larger than expected and the beer batter nice and crunchy, and we also made some battered chips too, as we had potatoes and batter left over, and Laura loves them a lot back home.

There were nothing but compliments over the taste of the meal, which was a relief – and although a couple of us felt that the plates were a little too big, the feedback was that they were fine, and the portion sizes were pretty good too.

With that, we finished with a quick clean up, locked up and went home, ready for the next day!

Friday morning was filled with more preparation, from preparing a menu/poster, to finishing the Instagram profile and setting up a Facebook account, creating an event on it to draw more people in.

Then we headed back to Borsalino, to make a little more shortbread, cut the potatoes and par-boil them, ready to fry later on.

Today, we attempted making cones out of newspapers, just as they tend to serve fish and chips in the UK, but realising it was more finicky than would be plausible to serve, chose to instead line the plate with a triangle of newspaper, with ketchup and tartare sauce on the other side. We also served our fish and chips with lemon juice on the tables for customers to add as they liked, as back in the U.K. we often squeeze lemons over our fish to cut through some of the grease and provide a little bit of extra flavour.

We opened at 5pm, and it was a slow trickle for the first couple of hours, with families coming in one-by-one. There was an influx of customers around 7pm of a few groups of 4, so Hannah and Yoonsoo manned the fryers while Laura served drinks and took orders. It was a little rushed, but after that died down it was slow and steady until around 9pm, when we called for Last Orders.

We had nothing but compliments on the food, which was a relief, with one family ordering a full 7 portions of Fish and Chips. Our main difficulty, especially when frying more than one or two portions at a time, was keeping the oil at a consistent temperature, as we were using two different pots – one for chips and one for the fish – both with different heat insulation. But it was better than the night before, when we’d only had one pot for the oil, which was far too small to make a lot of orders at once. This was where we really wanted a deep-fat fryer to keep the oil temperature consistent, but we managed quite well with our two pots.

It was lovely for us to see people that we knew come in to try our fish and chips, and also amazing to see people who we didn’t know who’d heard about it last-minute and come to try our food too. We had nothing but compliments on the food, although a few people left a little – the fish portions in particular, I think, were maybe a little too large. But mostly everything was eaten, and although we didn’t sell many drinks or shortbread, made enough to cover most of the costs we’d spent on our ingredients.

By last order the restaurant was pretty quiet, one group arriving and staying for drinks, and we managed to run out of potatoes for the chips too – having sold more portions of battered chips than we’d anticipated. But we managed to put in an order for more potatoes for the next day, even though it was mean a lot more prep.

Overall, we sold around 21 portions of fish and chips – very close to our goal of 25! With praises for the food we were pretty happy with how the evening had went, even with a few mishaps (like forgetting to clear a table or two), but since we had never waited tables before it was a good learning curve. With notes on what to do the next day to make things run smoother, we cleaned up and headed home around 11pm, ready for our second and final night which will hopefully go just as well, if not better than tonight!

For our final day, Laura arrived at Borsalino for washing and cutting the extra potatoes we’d ordered, having run out yesterday. Neha was also able to help us out today, which made things run a lot smoother in terms of serving and clearing tables and keeping on top of the washing up. It also helped that there was more of a steady trickle of customers this Saturday, rather than three groups at a time as we’d had the day before.

Yoonsoo took over most of the cooking, while Laura was on the register and Neha and Hannah made drinks, plated and help serve the customers, doing our best to talk and engage with them to improve the international exchange aspect of these events. With Friday night under our belt, we had a good idea of how we could streamline our cooking and plating system, which made everything a lot more efficient. Talking to the customers was always interesting – from Japanese people who’d grown up in the UK and also ended up at the university where Laura had studied abroad (at the same time, no less), to friends of Yoonsoo, to Laura’s co-workers from the city office and other people we’d never met before, it was really good to meet them and to share a little slice of British culture that most of them had never experienced before.

It was a good night, and although we sold a little less fish than Friday, we sold more drinks – especially the Gin & Tonics (although everyone left their cucumber, where back home in the UK we eat it as gin-soaked cucumber is delicious!). We also ran out of beer at the end, which wasn’t great when we needed more batter and so sent Yoonsoo out to the neareset convenience store to pick more up! We also sold more shortbread, which made Laura very happy as she had been the one to bake them.

This event really was an excellent start to this project. Introducing British culture – no matter how small a piece of it – through the medium of food which everyone can understand and enjoy, was something that we really enjoyed, and we hope everyone else who came did too. The Japanese countryside in particular doesn’t get much exposure or communication with foreigners, aside from the ever-present English teachers, but to have proper foreign food cooked by foreigners who know exactly how it is supposed to taste is something that is extremely hard to come by.

Finally, we shared a couple of the fish leftover, and celebrated tabibito-shokudo’s successful first attempt. It was really lovely to see so many people come and enjoy our British food, to chat to them and generally enjoy time spent together. Here’s to hoping we get many more nights and events like this one. Cheers! 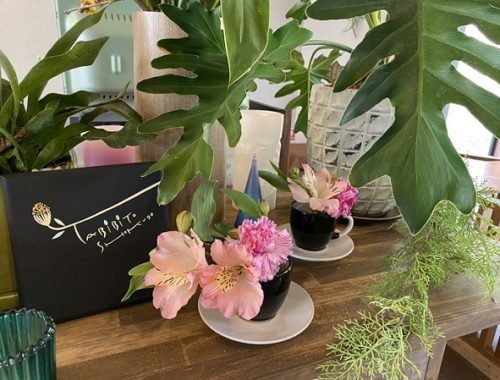 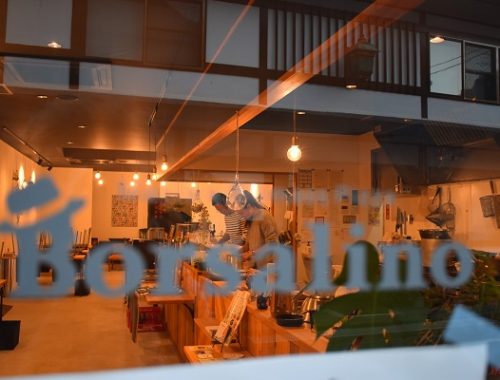 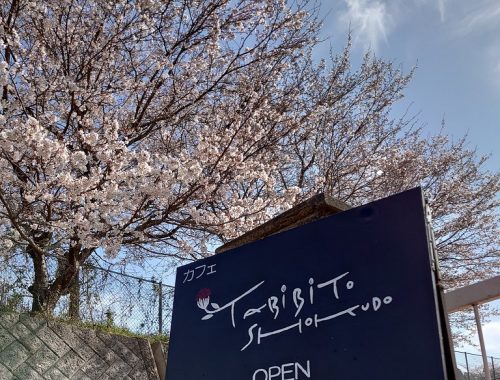